2011 is proving to be a vintage year for disposing of Google search options. Google, in common with most search engines and database providers, is quick to announce wonderful new search features but tardy in telling users about discontinued tools. In fact, it generally takes several messages to the Google support forums about something not working in order to elicit the news that a service has been withdrawn.

UK Google Maps property search was one of the first to go this year. Google had done deals with several UK online estate agents so that when you ran a search in Google Maps on your post code together with the word property you were presented with a Google map showing all the properties for sale or rent in your area. You could even specify price range, the number of bedrooms and bathrooms.

The service was discontinued in February of this year with “low usage” being given as one of the reasons. That’s hardly surprising because after the launch Google did almost nothing to promote it and did not even offer a hint on the UK Maps home page that it existed.

Next to go was starred results. This enabled you to star or bookmark pages in your results list so that next time you ran a similar search they would appear separately at the top of your results.

The ability to create new starred results was removed but your existing starred results remain and will continue to appear in search results (No More Starred Results in Google Search http://googlesystem.blogspot.com/2011/03/no-more-starred-results-in-google.html)

The ‘define:’ command was the next to be axed although the same functionality is still available under the Dictionary link in the left hand menu on the results page. Instead of simply prefixing your term or abbreviation with define: you now have to run a search on it and then click on Dictionary. The results are the same but it requires a couple of additional clicks to get there.

Next up were the numerous changes to the appearance and layout of the results page in the runup to the launch of Google+. One casualty was the ‘Similar’ link that used to appear next to most entries in the results page. This would find pages similar in content and from similar types of organisations to your selected page. Although it has gone from the results the related: command is still available and it remains on the Advanced Search screen. Another victim of the revamp was the Wonderwheel. This was a great way of exploring concepts and alternative search terms within a search, especially if you are working in a subject area new to you. 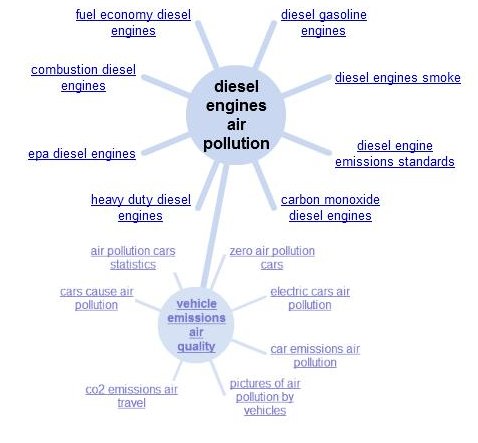 The closest alternative is the Related Searches option in the menu on the left hand side of the results screen. It doesn’t allow for the same ease of navigation between searches and doesn’t match the variety of terms and phrases that the Wonderwheel offered.

The latest disappearance is Realtime search, which returned mostly Twitter results. The contract giving Google direct access to Twitter expired on July 1st and Google have not renewed the contract. This started out as a very useful Twitter search tool as Twitter’s own search at http://search.twitter.com/only returns results from the last few days and many of the advanced search commands do not work. More recently, though, Google Realtime became unreliable and started returning increasingly bizarre results, usually with hashtags because it would automatically correct what it thought was a spelling mistake. You can still use Google to search Twitter by combining your search terms with site:twitter.com but it does not pick up everything. Bing Social is a little better and Topsy.com is generally good but neither pick up everything.

As an example, I recently attended and spoke at the South West and Mid Wales Library Partnership staff conference. The hashtag was #swamp11 and two days after the event the archive document I created in Tweetdoc (http://www.tweetdoc.org/) listed 185 tweets, which tallied with the number in my own record. Bing Social finds 75 tweets, Topsy tracks down a mere 38 and when you force Google to do an exact match search together with site:twitter.com you get a paltry 4 results.

And finally…. a search option that many researchers find invaluable seemed to have vanished over the weekend. A link to the Advanced Search screen had vanished from the Google home page, as had Language Tools. Both are now hidden under the gear icon in the upper right hand corner of the screen.

What will go next? Who knows except Google and they always seem reluctant to tell us. As Gary Price said in his article on the Search Engine Land site (http://searchengineland.com/official-the-google-wonder-wheel-is-gone-84105):

“..taking a service offline is up to the company. Users are free to go elsewhere or share their opinions with Google. What we hope for is simply for the company to let users know what’s going on versus waiting around, speculating, and wasting time.”

3 thoughts on “A good year for culling Google search options”